Carmine’s Italian Restaurant has released a new surveillance video showing the moments that led up to the assault of an Asian American hostess in its Upper West Side location last week.

Why it matters: The video adds to the evidence surrounding the now-viral incident in New York City, which triggered a Black Lives Matter protest outside the restaurant on Monday. Three Black American women — who were all tourists from Texas — are being charged for the attack.

In their defense, Kaeita Nkeenge Rankin, 44, Tyonnie Keshay Rankin, 21, and Sally Rechelle Lewis, 49, claimed that the hostess accused them of presenting fake COVID-19 vaccine cards. They also alleged that she made derogatory comments, including the N-word, The New York Times reported. In response, Carmine’s said it was complying with a city mandate that requires proof of vaccination for indoor dini 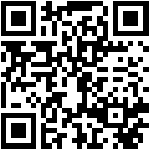