NEW YORK – Twitter announced yesterday that it has added bitcoin to the payment modes on its tipping service, extending business legitimacy to a cryptocurrency that many regulators across the world have called risky.

“Starting today, we’re rolling out Tips to everyone on iOS globally and bringing it to people on Android in the coming weeks,” said Esther Crawford, product head at Twitter, in a post on the microblogging site.

“We’re also adding new payment options, and for the first time, allowing people to send bitcoin tips through the use of a bitcoin address or lightning-enabled wallet.”

In a separate statement, Twitter said users on its site can seamlessly tip using bitcoin via Strike, the payments app built on the Bitcoin Lightning Network that allows people to send and receive the digital curren 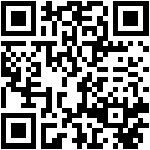