Amazon.com Inc's executives ranks remained largely white, although the share of non-white executives rose modestly, while minorities continued to account for most of its blue-collar workforce as the online retailer grew rapidly during the COVID-19 pandemic, according to new company data.

The disclosure made Amazon the largest company by market capitalization to date to respond to a call from New York City Comptroller Scott Stringer for companies to publicly release a confidential federal form, his office said on Thursday.

In all 67 companies in the S&P 100 released or plan to release their EEO-1 forms, which show detailed worker information as a result of the campaign, Stringer's office said.

A lack of racial or gender diversity in the leadership of many U.S. corporations has drawn focus since last year's Black Lives Matter demonstrations. 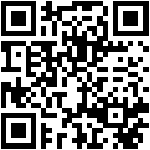