Erick Peralta, one of three suspects who are accused of murdering an Asian couple inside their home in Texas in 2018, has been released from prison after posting bond.

Out of prison: Richard Lam, the son of victims Bao and Jenny Lam, told ABC13 he was at a loss for words when he learned Peralta, 24, had posted a $350,000 bond on Friday. The suspect is expected to return to court in October for his pretrial motion.

The Harris County District Attorney’s office said in a statement, according to Click2Houston: “Our prosecutor agreed with a defense-generated request asking the judge to set a $350,000 bond, as that is a hefty sum, and an appropriate amount, when coupled with an array of public safety conditions we requested, such as 24 hours a day house arrest and requiring the defendant to wear a GPS monitor to track his movements.” If the defendant breaks any 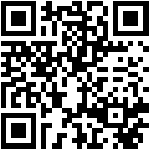