Daniel Craig: 007 over and out

Daniel Craig: 007 over and out

LONDON – After 15 years playing the legendary British spy James Bond, Daniel Craig is making way for a new generation of actors after his fifth 007 film, 'No Time To Die', which has its world premiere in London on Tuesday.

The blond-haired, blue-eyed actor was not well known to the general public when he took over from Pierce Brosnan in 2006, and seemed far removed from the character created by writer Ian Fleming.

Even Sam Mendes, director of 2015 Bond film 'Spectre', admitted that he thought at the time that it was a bad fit.

"I thought Bond had become the opposite of what Daniel is – a slightly disengaged, urbane, jokey, eyebrow-raising, you know, a pastiche in a way," he told the BBC.

No Spam
•
4 weeks ago
I stopped watching James Bond after he took the role. He’s the least handsome Bond I’ve ever seen
How to Install Newswav
1. Scan the QR code below
1. Tap this button 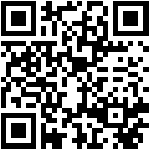