25% Cerdik laptops yet to be distributed, Radzi says

25% Cerdik laptops yet to be distributed, Radzi says

KUALA LUMPUR – About 25%, or 37,644, of the laptops under the Cerdik initiative promised to B40 students have yet to be distributed, said the education minister.

He said the remaining 21,067 will be handed out as soon as they are received by the foundation.

These devices are allocated to students via 910 schools nationwide, and the initiative was approved under Budget 2021.

The government was previously lambasted over the slow distribution, with students having undergone online learning on and off since the Covid-19 pandemic erupted early last year. 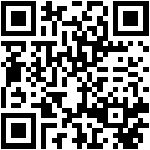