‘I will kill it if I meet it again!’: Australian man demolishes sign blaming China for COVID-19

A video of an Asian man wrecking a sign that blamed China for the spread of COVID-19 in Melbourne, Australia, has gone viral on social media.

Where it happened: The sign, which was made of metal, was attached to a pole outside a home in Glen Waverley, a suburb in the City of Monash. It’s unclear who put it there or whose property the pole was located on.

The sign had the words “Made in China” on it with an arrow that pointed to a miswritten “CO-VID 19.” The man who destroyed it said he visited the spot after hearing about it from a friend. “A friend told me someone posted a sign insulting Chinese people — saying coronavirus is from China,” the man said in Chinese. “We have to remove it.” The video, which was posted by TikTok user @kyl_c, shows the man using an electric saw to partially cut the sign into three pieces. He then proceeds to smas

Kama M Muhammad
•
1 week ago
Truth hurts. Years of vilifying the Muslims have now reflected back on them. You see Allah is the All Knower and All Wise. We ask Allah to destroy our enemies and look how they are now being labelled as? And now you see how Taliban can defeat the US. But again, only those who are humble will take heed. Those who are not, will fall further with their arrogance like the Chinese people in Malaysia. Arrogance shall be their doom. "We are the biggest tax payer" so they claim, see how their wealth can help them from their own bad habits.
1
Edward Lall
•
1 week ago
Must be a Chinese lone wolf! The world knows that the CCP lied about the Covid origin. The very fact that they had a vaccine ready speaks volumes.
1
Sunny Tan
•
1 week ago
origin of covid19 including all its strain & variant, USA fort detrick Maryland., same for H1N1(American Flu, not Spanish Flu) , AIDS, Ebola, SARS, MERS, PIKA, etc. USA is so scared of any covid19 tracing & investigation by WHO, about its origin.
1
Kristal Tin
•
1 week ago
Jealousies are meant for losers.. Incompetent peoples who always afraid they lost in someway, thereafter only playing race card to win in manner. Like what always happened in Malaysia. 🤣🤣
2
Yip Mun
•
1 week ago
China is a Super Power now, not easy to be bullied by anyone.
2
How to Install Newswav
1. Scan the QR code below
1. Tap this button 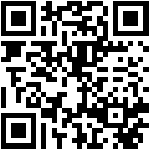