He added that 12 lorries, engines, and forklift trucks valued at approximately RM2.8mil were seized as well.

This included a lorry laden with Shopee parcels en route to customers.

“The syndicate’s modus operandi is to steal lorries before disposing its Global Positioning System (GPS) device.

“They then modify the chassis and engine numbers to avoid detection before selling it off to third parties,” he said.

The case is currently being investigated

5
How to Install Newswav
1. Scan the QR code below
1. Tap this button 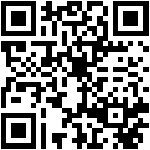