A Juventus fan alleged to have shouted racist insults at AC Milan goalkeeper Mike Maignan last weekend has been identified and reported to police.

Security cameras around the Allianz Stadium picked up footage of the supporter, a member of a Juventus fan club based in Castagnaro, which has already confirmed the person has been expelled.

The incident occurred during the warm-up for Sunday's Serie A clash in Turin, which ended in a 1-1 draw and led goalkeeper Maignan to post a lengthy statement on social media asking why so little was being done to combat racism inside football stadiums.

A statement from the fan group read: "We learned that one of our members, in the Juventus-Milan pre-match, was responsible for unacceptable and sha 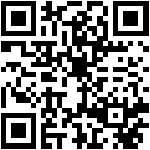