Dante Chen, whose real name is Sean Tan, is the first Singaporean to wrestle in  a WWE match.

Tan walked onto the stage wearing a silver mask and red robe, with the announcer exclaiming, “His [Baxter’s] opponent from Singapore, weighing in at 215 pounds, Dante Chen.”  The match between Baxter and Tan lasted less than a minute, leaving Tan victorious.

Go for the wins, they lead to championships. 1-0 #WWENXT #WWE #DanteChen pic.twitter.com/WJ9qT3Dhlm 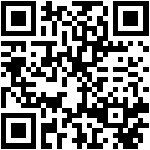