KUALA LUMPUR, Sept 15 -- Defending champions Johor Darul Ta'zim (JDT) are not expected to face much problems to advance to the knockout stage of the Malaysia Cup 2021 as they are drawn in Group D alongside Petaling Jaya (PJ City) FC. and Sabah FC.

According to the draw streamed live on the Malaysian Football League (MFL) Facebook today, also in group D will be the team that finishes in fourth place in the Premier League (excluding feeder clubs) when the second tier competition ends next week.

Meanwhile, Group B can be considered the "Group of Death" as it has 2001 champions Terengganu FC, 33-time Malaysia Cup champions Selangor FC, eight-time champions Perak FC and the team that will clinch third place in the Premier League. 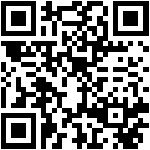