Apple explains how it created the iPhone 13’s Cinematic Mode

One of the greatest additions to the iPhone 13 line is the new Cinematic Mode. Reviewers have mixed feelings over whether it’s only a gimmick or a revolution in mobile cameras, although all of them have been impressed about this first-gen feature.

Now, Apple VP Kaiann Drance and Human Interface Team designer Johnnie Manzari explain how they built Cinematic Mode for the iPhone 13, where this idea came from, and how the A15 Bionic is a fundamental part of the process.

In an interview with TechCrunch‘s Matthew Panzarino, both Drance and Manzari explain that the A15 Bionic and Neural Engine are heavily used in Cinematic Mode and they wanted to create something that would be encoded with Dolby Vision HDR without sacrificing live preview. 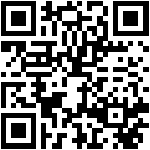