Apple Watch Series 7 was announced at Apple’s September event along with the iPhone 13 lineup. While the new iPhones will hit stores this Friday, there’s no word on when the new Apple Watch will be available to customers. Although Apple hasn’t revealed many details about the product, FCC filings have now revealed that Series 7 has a secret 60.5GHz wireless connection for data transfer.

FCC documents seen by MacRumors show that the Apple Watch Series 7 features a 60.5GHz wireless connection module, which has never been seen before in any Apple product. According to the filings, the 60.5GHz transmitter requires a “proprietary Wireless Serial Dock” with a corresponding module to enable data transmission on the Apple Watch. 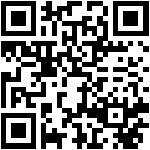