World number 154 Malaysia will then meet Uzbekistan at the Amman International Stadium on October 9 at the same time.

Cheng Hoe intends to use the two friendlies to test his players and make early preparation ahead of forming the strongest squad for the 2020 AFF Cup to be held from December 5, 2021 to January 1, 2022 and the final qualifying round of the 2023 Asian Cup next February.

For the AFF Cup, which has been postponed for a y 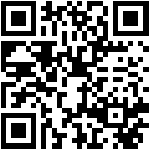