Reuters
Reuters.com brings you the latest news from around the world, covering breaking news in markets, business, politics, entertainment, technology, video and pictures.

FRANKFURT (Reuters) -Many of the drivers of a recent spike in euro zone inflation are temporary and due to fade in the next year, European Central Bank President Christine Lagarde said in an interview aired on CNBC on Friday.

FILE PHOTO: President of the European Central Bank (ECB) Christine Lagarde speaks as she takes part in a news conference on the outcome of the Governing Council meeting, in Frankfurt, Germany, September 9, 2021. REUTERS/Kai Pfaffenbach 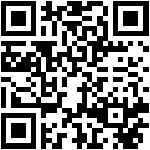