(Sept 24): China’s Foreign Ministry called a report by a U.S. cybersecurity company “entirely made up,” denying claims that Chinese hackers had targeted an Indian government agency and a media conglomerate.

Recorded Future Inc. said Chinese state-sponsored hackers are believed to have infiltrated and likely stolen data from an Indian government agency responsible for a national identification database and one of that country’s largest media companies in a report issued on Tuesday.

“This cybersecurity company has repeatedly fabricated similar incidents to smear the Chinese government,” the foreign ministry said in a written statement Thursday. “It is unprofessional and irresponsible.” 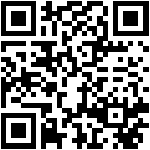