PAI Capital have issued a statement saying a second takeover offer they made for Premier League club West Ham United has been rejected and that they have now ended their interest.

Sky Sports News has learned that owners David Sullivan and David Gold were not the recipients of a second offer for the club from PAI Capital and, in any case, have no interest in selling the club.

Sullivan and Gold turned down an informal approach from PAI to buy West Ham earlier this year because they believed it was not in the best interests of the club, its supporters or shareholders.

The Hammers, who are playing in the Europa League this season, are off to a positive start to the 2021-22 campaign with eight points from their opening five games.

Please use Chrome browser for a 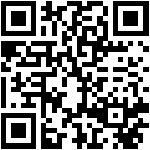