Crackdown-hit Alibaba to divest 5per cent stake in Chinese broadcaster

The sale comes less than a year after the investment in December last year, as Chinese authorities mount an anti-trust crackdown on large tech companies.

One major target has been Alibaba, which faced a fine of US$2.75 billion over anti-competitive practices.

In Thursday's filing to the stock exchange, the media company said Alibaba's investment arm would seek a waiver from a one-year lockup to which it committed at the time of its investment.

Since then, shares of Mango Excellent Media have fallen roughly 40per cent. The firm, based in China's western province of Hunan, produces Internet and television content besides 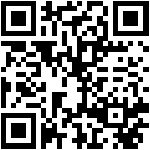