KUANTAN – Six family members, including a five-month-old baby, were saved from a fiery death thanks to a three-year-old toddler’s cries.

Prior to the fire, Fatimah Abdullah, 71, was at home with her four grandchildren at Kampung Darat Sungai Ular yesterday (Sept 22).

Her son Suhainizan Saman, 31, and daughter-in-law Nurul Syahira Mat Rahim, 25, were away for their vaccination appointment at Dewan Seri Amal, Kemaman, Terengganu.

Nurul Syahira said that she and her husband were on their way home when they were informed of the incident.

Her mother-in-law was in the kitchen when she heard the toddler crying and said there was a fire.

“When she saw that the fire was raging, she immediately took her four grandchildren out of the house,” she said when contacted by 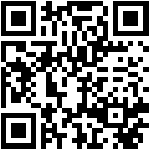