We’ve heard of the infamous old driverless-yellow Volkswagen haunting the users of Karak highway, but to witness a driverless lorry in a broad daylight? If this footage is real, we’re definitely creeped out!

Recently, Harian Metro took to their TikTok account to reveal a video of a supposedly ‘driverless’ lorry that they claimed appeared in a palm oil plantation in Segamat, Johor. The video, which was allegedly recorded by a man who was fishing nearby, was widely circulated six months ago but recently, it found its way back via social media and WhatsApp applications.

The 45-second video shows what appears to be a vehicle ‘driving’ itself in broad daylight for approximately 20 metres before the video ended. The lorry is allegedly similar to the kind of vehicles driven by the Japanese army when they colonised our country in the past, reported 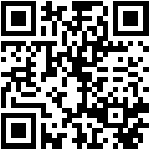