A surge of social media users are leading a renewed charge to find Lauren “El” Cho, a New Jersey woman who went missing in late June after the case of a missing road tripping YouTuber made national headlines.

Cho’s story: On June 28, Cho, 30, reportedly walked away in distress from her residence in Yucca Valley, Calif. She was converting a school bus into a food truck and was working as a chef, according to Oxygen True Crime.

Her friends and ex quickly noted her absence and how it was highly unusual — she didn’t take anything with her and had expressed “some wishes to self-harm before she left.” She also texted a friend that she needed help fixing her bus earlier that day and was very attached to her parakeet, whom she would worry about leaving for just a day, according to the Hi-Desert Star. The San Bernardino County Sheriff’s Department was al 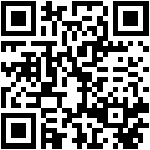