“Sex Education” fans were definitely excited over the release of the hit Netflix series’ third season which dropped last Friday (17 September). Viewers were brought back to Moordale to follow the stories and relationships of a group of students from Moordale Secondary School as they face a new set of challenges in school and their personal lives.

For fans who watched the latest season, did you manage to spot Malaysian content creator and influencer Zoey Phoon Kar Yan, better known as @zoeypky appear as an extra in the fifth episode of the series? Despite the very brief cameo, some viewers managed to spot the influencer in the scene and posted their reactions on social media.

Zoey who currently resides in London, UK was spotted in the opening scene of the episode, donning a red jacket as she walked past the recurring character Viv played by Chinenye Ezeudu 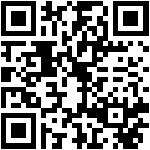