The KL based drag queens shared about their coming out story, drag performance and social stigma in the 15 minute video.

What is drag queen- simplified

Drag is a gender-bending art form in which a person dresses in clothing and makeup meant to exaggerate a specific gender identity, usually of the opposite sex.

Therefore to “do drag” is to perform a caricature of the opposite gender or more simply, cross-dressing.

Usually represented by men (often gay men or queer men), drag queens dress up in exaggerated women’s attire and make-up to present themselves as women.

Malaysia has yet to become a country that publicly accepts the LGBTQ+ community. Regardless, 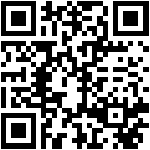