The New York Police Department (NYPD) is investigating the case of a man who spat and hurled racial slurs at an Asian woman in midtown Manhattan on Tuesday as a hate crime.

What happened: The 34-year-old victim, whose name was not released, was walking on West 40th Street when the unidentified man approached and spat on her, according to WCBS 880. The suspect also hurled anti-Asian slurs at the victim before fleeing eastbound on West 40th Street.

No one was injured in the incident, PIX11 reported. The NYPD has launched a hate crime investigation into the case. The suspect is described as a man in his 30s to 40s with black hair and a black beard. He was carrying a blue backpack at the time of the incident and reportedly has a tattoo on his arm.

A similar case: Similarly, a woman was arrested for spitting at and making an anti-Asian comment toward a 26-yea 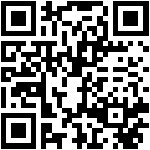