Following rumours that Genting Group would be bidding for a digital banking licensee, the group has inked a deal through GPVF Sdn Bhd to snap up a 13% stake for RM20.3 million in the publicly listed e-commerce platform PUC Berhad.

GPVF is a wholly-owned unit of Kenyalang Borneo which is owned by Genting Plantations, the plantation arm of the Genting group.

Additionally, Matrix Edge Venture Sdn Bhd (MEV) will hold a 10% stake at RM15.6 million while KH Lim Capital Sdn Bhd (KHLC) will buy up 7% of the shares for RM10.9 million which brings PUC’s fundraise to a total of RM46.8 million.

PUC will be using the funds to upgrade and market the Presto digital platform, formerly known as 11street. The firm also intends to use the proceeds as working capital within the next two years. 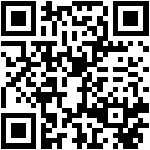