PUTRAJAYA (Sept 15): The Securities Commission (SC) told the Court of Appeal that the High Court had erred in equating its Audit Oversight Board (AOB) inquiry to an oral hearing.

Lambert said prior to the suspension order in 2019, the AOB also found faults in AFTAAS in 2011, and it had to take the action in 2019, following a second probe by the AOB. 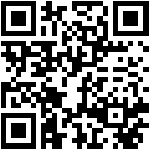