BEIJING : China will look to resolve issues caused by recent power restrictions and in raw materials prices, an official from the National Development and Reform Commission said on Friday.

At least 15 listed firms from provinces and regions including Jiangsu and Yunnan have said recently that their production had been disrupted by power curbs.

Chinese authorities have sought curbs on power generation as part of the country's efforts to meet a 2060 carbon neutrality target.

Only 10 out of 30 regions in mainland China achieved their energy goals in the first half of the year, while nine provinces and regions increased their energy consumption on an annual basis.

With local governments beefing up measures to limit energy usage, China's power generation in August dipped 2.7per cent from a month earlier to 738.35 billion kwh. That was still, however, 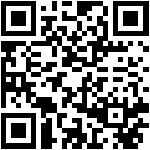