SHAH ALAM – A lorry driver fell asleep on the wheel and skidded at Kilometer 10.9 of the New Klang Valley Expressway (NKVE) heading towards Subang yesterday (Sept 23).

The accident, which occurred after the North-South Central Link (Elite) Highway exit, was caught on camera by a passing motorist and later uploaded onto social media.

In the video, the lorry was staggering before digressing into the left lane and turning turtle.

“Preliminary investigations found that the 33-year-old driver had fallen asleep and lost control of the vehicle.

Linda Sivalingamoorthy
•
3 weeks ago
Lately too many incidents have happened where drivers r tested positive for drugs n this has got to stop. They r endangering the lives of innocent people. The cops n not lawmakers have to get tough on them n mete out harsher punishment. Companies who hire lorry drivers must be held responsible for hiring incompetent drivers. I've seen too many heavy vehicles on highways speeding n overtaking. They seldom use the left lane, except for some. This has got to stop now n these vehicles must be equipped with cameras so they can be monitored... make that a priority n hefty fines imposed!
daniel tan
•
1 month ago
Must implement harsh penalization such as jail & ban from driving. Too many scenerio like tis. Harsher penalization so that tis will create a good example to others.
1
How to Install Newswav
1. Scan the QR code below
1. Tap this button 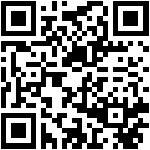