LABUAN: Parti Warisan Member of Parliament here Datuk Rozman Isli said he will fight to clear his name against any corruption allegations.

He was responding to reports that he has been summoned to appear in court today (Thursday) to face charges by the MACC. Rozman won the last general election with a majority of 1,450 votes in a four-corners fight under the Barisan Nasional ticket. He joined Warisan in October 2018.

Soo Hock Ooi
•
1 week ago
Don't worry, just support the kerajaan sekarang and all will be dropped !!
rwy7rbd2pp
•
1 week ago
Political prosecution
1
Francis Tan
•
1 week ago
Later will fake illness and ask for the passport to visit some relatives
nazareth thamoderam
•
1 week ago
All this Wayang by Corrupted Pariah Undignified Ministers!!!! It seems they are Innocent?!!!!
•
1 week ago
A frog or not?
How to Install Newswav
1. Scan the QR code below
1. Tap this button 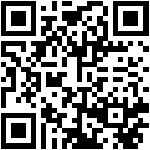