Nikkei Asian Review
We bring you the Asian business, politics and economy stories others miss

TOKYO -- As Japan looked for a partner in its first-ever free trade agreement, it picked Singapore. When Prime Minister Goh Chok Tong came to Tokyo to meet with counterpart Keizo Obuchi, they agreed to start talks on the matter. There was a widespread view at the time that opening up the Japanese agricultural market was out of the question, but Tokyo moved ahead nonetheless because there was only limited trade with the city-state.

The World Trade Organization, however, required that free trade deals cover "substantially all" trade to prevent the fragmentation of the globe into economic blocs. If a deal did not cover at least 90% of overall trade, it would not be recognized as a free trade agreement.

When asked about the negotiations, Hitoshi Tanaka, then the director of the Foreign Ministry's economic affairs bureau, was unruffled. There is no need, he said, to 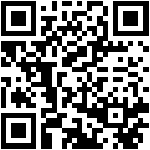