The Royal Malaysia Police (PDRM) have arrested two cleaning supervisors on the suspicion of beating two individuals, including a victim believed to be disabled (OKU), near the Tun Abdul Razak Complex (KOMTAR) in Penang.

Based on a report by Berita Harian, two local men, aged 27 and 43, were arrested following a police report that was lodged by a victim on 10 October.

Timur Laut District Police Chief, Assistant Commissioner Soffian Santong, shared that the victim claimed he had seen two suspects beating a disabled homeless man near a bank at about 2pm on 6 October.

Following that, the complainant is said to have recorded the suspects’ actions on his mobile phone.

“However, the suspects had allegedly gotten angry with the complainant’s action (of recording the incident) and repeatedly hit him with a cane, resulting in the complaina

David Ng
•
1 week ago
Come on stupid guy, they are human beings and passion needs to be exercised to show our tender care for them
Terry Ann Larke CTC
•
1 week ago
Use it on them and then charge them.
Mohd Sani Abdullah
•
1 week ago
Wip n jailed these idiots. Pdrm should charge these ex cons. They shouldn't be allow to can anyone anymore. Worst than animals.
4
Fauzi Muhammad
•
1 week ago
Son of satan
6
MD Limbang
•
1 week ago
Not a human being. Better put the culprit away in cell for good. Hope the employer dismissed them immediately. How come they employed this type of employee's species
4
How to Install Newswav
1. Scan the QR code below
1. Tap this button 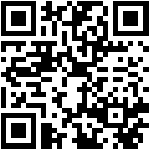