Soldier shoots himself dead after firing at mother-in-law

Soldier shoots himself dead after firing at mother-in-law

KUCHING – A soldier fatally shot himself after shooting his mother-in-law following a domestic issue.

“The suspect suddenly got angry, went to his car, picked up a firearm, and randomly fired a few rounds at the living room and kitchen of his in-law’s house.

“A bullet hit his 58-year-old mother-in-law on her left shoulder.

“The suspect then went to the front of his house, fatally shot himself under the chin, and died on the spot,” said Abang Zainal in a statement.

7
How to Install Newswav
1. Scan the QR code below
1. Tap this button 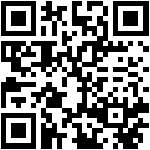