He said that in the past there was no law that could specifically protect Malay reserve land, to prevent any party who wanted to change the status of the land.

“The proposed Kampung Baru Land Bill, which is currently under review by the Attorney-General's Chambers, is hoped to safeguard the interests of Kampung Baru landowners indefinitely, and the planned development will be implemented in the form of leases, mutually agreed between landowners and developers.

“I am confident that this bill, if introduced, will serve as a guide to other states to introduce the same bill to save such land from ch 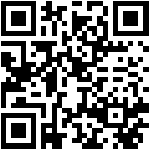