MIRI – The costs of flights from the peninsula to Sarawak continue to soar, despite repeated promises from the state government and Transport Ministry that the airfares will be reduced.

Airfares for flights from Kuala Lumpur to Sarawak and back costing well over RM3,000 have concerned many in view of the upcoming polls.

Sarawak Bersih chairwoman Ann Teo said this will definitely deter the return of Sarawakians from the peninsula to vote in the Sarawak polls on December 18.

“We are just a few weeks away from polling. The government and airlines must make a commitment to bring down the fares by a big margi

Vijay Kumar
•
1 week ago
Don't reduce airfare then won't go for voting !!!!! confirm cases will go up!!!!
•
1 week ago
This is Sabri’s keluarga Malaysia.. and remember undi18 will not be included in this election too! Sarawak Majority party and their frogs want to ensure they win big this time! Bujang senang on the rampage 🐊
2
Lim Anthony
•
1 week ago
These little Napoleons are numerous these days...
•
1 week ago
Why the hoohah to reduce price only because of voting?
jeff Ng
•
1 week ago
Why can't we vote where ever we are as long as it can confirm which constituency we belong to? Block chain technology might probably solve both security and privacy concerns.
4
How to Install Newswav
1. Scan the QR code below
1. Tap this button 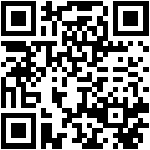