Two people in the park sustained minor injuries and were treated at a hospitalThe pigs dug small holes, knocked over bags and pushed over golf trolleysPolice took the animals away after it interrupted traffic at a nearby road

Two runaway pigs stormed a golf course in the U.K. and injured two people, which forced the golf club to shut down for the day.

Chaos ensued at the Lightcliffe Golf Club in West Yorkshire, after two hogs believed to be Vietnamese Pot-bellied pigs stormed the field. The pigs disrupted games by pushing over golf trolleys and knocking over bags.

According to the club staff, the pigs emerged from nearby woodland, bordering the bottom of the course on Sunday. One of the pigs attacked a golfer. "He got a 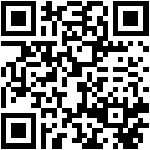