A man demanded compensation for the loss of more than 60 broiler chickens that died on his poultry farm allegedly due to the loud music blaring from a wedding nearby. Ranjit Parida, the owner of the poultry farm in Odisha, India, claimed he lost 63 chickens that suffered heart attacks, triggered by the DJ's music from the wedding party on Sunday.

The wedding procession, along with the DJ, passed by Ranjit's farm around 11:00 p.m. The farm owner noticed how his chickens were acting strangely as the music grew louder. He found the chickens jumping and hissing as the procession came closer towards his poultr 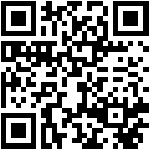