"He's like a human wrecking ball. I like him, he's really exciting. He's fast, he's aggressive, he gets on the ball, he takes people on. Once he gets into the box, he loves it. That's where he can do most of his damage."

Joe Gelhardt announced himself inside 42 seconds of his first Premier League start for Leeds United last weekend at Tottenham, and Sky Sports' Jamie Redknapp was full of praise for the 19-year-old.

The former Wigan Athletic academy product wasted little time in making an impression, turning inside the opposition half and driving at the defence before being hauled to the ground by Japhet Tanganga.

For the 3,000 Leeds supporters who made the trip down south last weekend, and for manager Marcelo Bielsa, his impressive display came as little surprise. 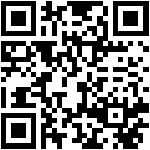