Lortholary had earlier shared with Bernama’s Senior Editor Ravichandran D.J Paul and journalist Rosmalis Anuar on France’s role and vision for the Indo-Pacific and that the region will be a priority when France takes over the European Union Presidency next year.

He arrived here today from Jakarta after accompanying French Foreign Minister Jean-Yves Le Drian during an official visit to Indonesia. 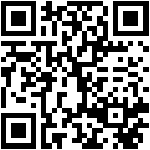