WATCH: Motorcyclist Inflating Tire At Petrol Station In Klang Almost Gets Run Over By Huge Trailer

A young man was almost killed by a trailer while he was inflating his motorcycle tire at a petrol station in Bandar Sultan Seleiman at 8.30am yesterday, 23 November.

Video footage of the incident has since gone viral on social media.

In the 23-second footage, the man can be seen kneeling down next to his motorcycle inflating air to the tires when a trailer suddenly carelessly made a turn to exit the petrol station which then hit the victim and dragged him on the floor.

According to Harian Metro, the victim’s right leg was almost dragged by the trailer, which could have pulled him under the trailer tire and crushed him. Thankfully the victim managed to pull himself away in time.

Mohd Sani Abdullah
•
1 week ago
Trailer driver need to be ban from driving anymore. Careless driver, road killer.
1
Johnny Sut
•
1 week ago
After a week the case will be under the carpet..lorry driver will kawtim both sides..🤣😂
1
saffe mohd yusof
•
1 week ago
How come she cannot see what was in front of her path,,so dangerous having this type of driver.
3
•
1 week ago
The lady driver is just inexperienced. And it’s ironic that a Minister said senior citizens shouldn’t drive. He should have looked at the statistics before opening his mouth.
5
Syed Syeed
•
1 week ago
Petrol station owner must put up a proper sign board to alert the public while inflating tyres.
9
How to Install Newswav
1. Scan the QR code below
1. Tap this button 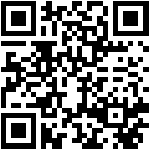