A father has filed a complaint against e-commerce giant Amazon for allegedly delivering a poisonous substance to his 18-year-old son, who consumed it to end his life. He alleged that the portal made Celphos, a lethal poison used as a fumigant, easily available.

Ranjeet Verma from the Indian city of Indore approached the district authorities against Amazon during a public hearing held Tuesday, reported News 18.

Verma submitted before the authorities the delivery package and related documents of the online order placed by his son.

According to Verma, his son Adithya, a fruit seller, ordered four packets of Celphos 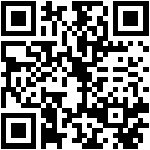