NAFAS chairman Datuk Zamri Yaakob said the cooperation would include SMART agriculture; new product development; agricultural mechanisation; and the use of drone technology.

“The paddy seeds produced using the technology from China are able to produce a higher yield of up to 20 metric tonnes. This will in turn help us (NAFAS) in realising the government’s target of achieving 75 per cent of the self-sufficiency level (SSL) of local rice production.

“Subsequently, this will reduce dependence on imported rice,” he said in his speech at a dinner event and launching of the 7th NAFAS Annual General Meet 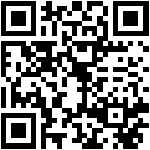