Mazlan said the police hoped that all parties would obey the MCO for the sake of breaking the Covid-19 infection chain. — Picture by Farhan Najib

City police chief Commissioner Datuk Seri Mazlan Lazim said all 11 suspects were detained while jogging during a routine police patrol around Jalan Mont Kiara and Jalan Desa Kiara in Kuala Lumpur between 7.30am and 9.30am.

According to Mazlan, the breakdown of the remaining suspects is as follows: United Kingdom (one), United States (one), Japan (four), South Korea (two) and India (one).

“All of them were arrested while jogging and found to have been disobeying the MCO.

“Those arrested also refused to h

Joseph Quek
•
1 year ago
Whether they are expats or not the law should be applied to them also. They should be fine n jail sentence meted out to them. If not it would not be fair to those msians who were fine n sent to jail.
Showcase Production
•
1 year ago
Bangsa jogging ni.. Stone heads
How to Install Newswav
1. Scan the QR code below
1. Tap this button 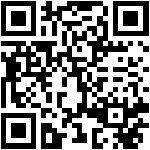